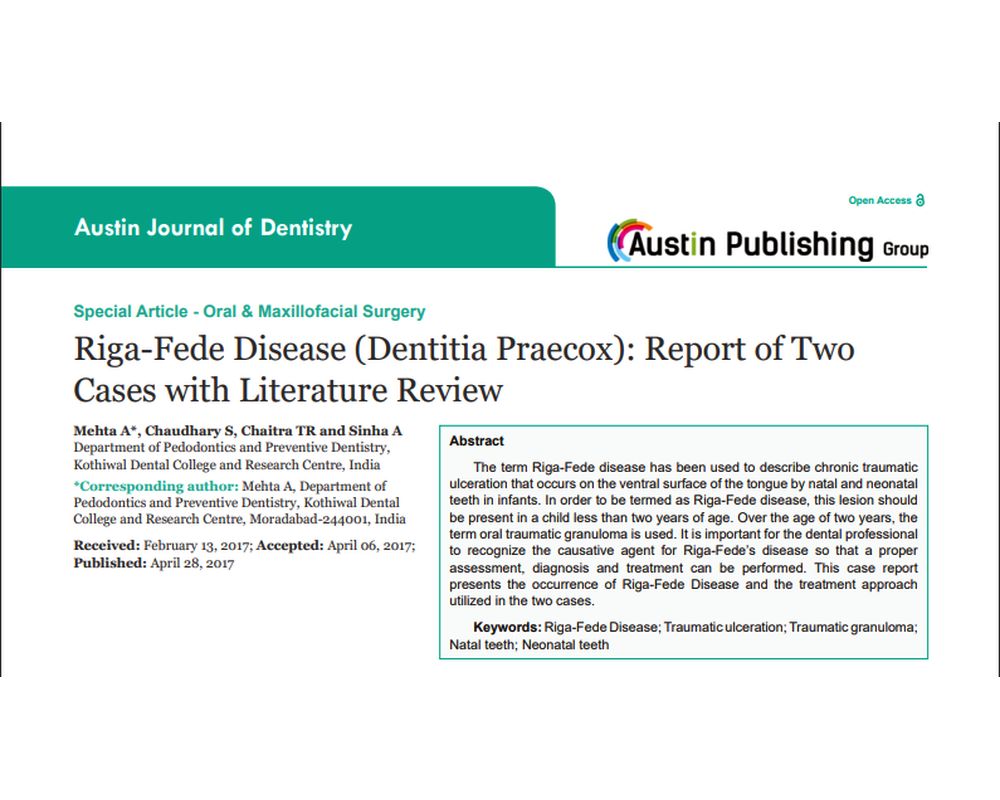 Riga-Fede disease is a term used to describe traumatic ulceration occurring on the ventral surface of the tongue in neonates and infants. This lesion was first described by Antonio Riga in 1881 and subsequent histological studies were performed by Francesco Fede in 1890, which led to the lesion being termed as Riga-Fede disease.

We invite you to our English-only dental publishing groups

It is commonly caused by mechanical trauma from natal, neo-natal or primary lower incisors and rarely may be the initial presentation of a neurological disorder.

The lesion initially presents as an ulcerated area on the ventral surface of the tongue and with repeated trauma, it may progress to an enlarged, fibrous mass giving the appearance of an ulcerative granuloma. The pain associated with this oral lesion leads to dehydration and feeding difficulties, which in turn may pose potential risks to infants due to nutritional deficiencies.

If the child is immunocompromised, then the potential for infection can add to the complications of the disease. In order to be termed as Riga-Fede disease, this lesion should be present in a child less than two years of age. Over the age of two years, the term oral traumatic granuloma is used.

You may also like :
► What are the symptoms of clenched teeth and how can we fix it?
► What You Should Know About Pericoronitis
► What is Trismus and what causes it?